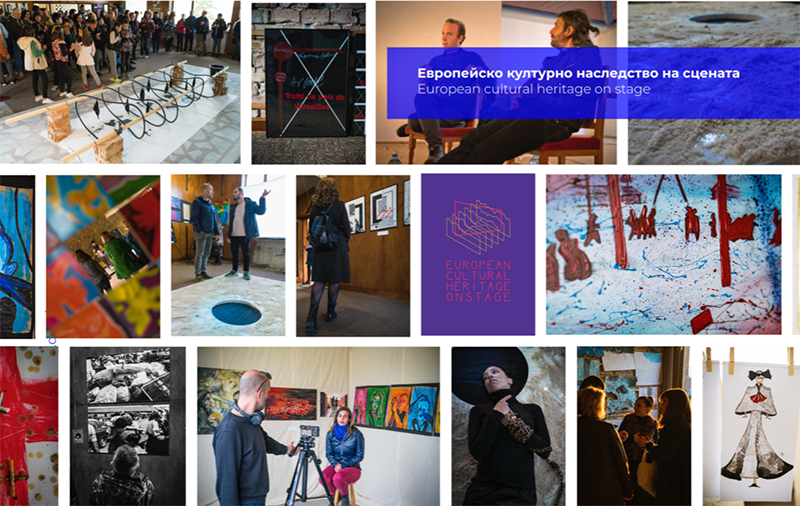 ECHO: European Cultural Heritage Onstage was a European creative project, implemented in the context of the European Year of Cultural Heritage 2018. It invited artists from the fields of painting, drawing, sculpture, installation, performance, videography and photography to create original artworks, after exploring the Dark Cultural Heritage of the Balkans.

Sfera International organised one (1) art residency in Bitola, during which four visual artists (Ljubica Meshkova Solak from North Macedonia, Snezana Petkovic from Serbia, Ivanka Stavreva from Bulgaria and Aristaios Tsousis from Greece) created 18 original artworks, after exploring the events of WWI (Macedonian Front) and their impact on the local community.

Vojvodina Civic Center organised one (1) art residency in Novi Sad, during which four visual artists (Bojan Josic from Bosnia and Herzegovina, Depy Antoniou from Greece, Martina Lapica from Bulgaria and Kiril Konstantin from North Macedonia) created 21 original artworks after exploring the events of WWII (Novi Sad Raid) and their impact on the local community.

Sfera International and Vojvodina Civic Center also organised four (4) community engagement activities -two (2) in each local community- where the artists got together with the locals, and exchanged ideas and inspirations on the events explored by the project.

Open Space Foundation organised the final arts exhibition of ECHO that featured all the artworks created during both art residencies, along with other creative and artistic outcomes. The exhibition took place in Veliki Preslav (Bulgaria) from 4 to 7 April 2019, and was attended by representatives from the Professional School of Textile and Fashion Design (Varna town), the Professional School of Fine Art (Smolyan town), and the National Schools of Plastic Arts and Design (Kazanluk town). During its opening ceremony, the visitors had the opportunity to meet the artists, and discuss with them about their works, their sources of inspiration and the messages they wanted to get across.

Caravan Project explored the Balkan landscape of Western Macedonia in Greece, Bitola and its surroundings in North Macedonia, as well as Novi Sad and the Danube River in Serbia; and recorded this exploration by creating a photo book, and a short creative documentary titled “Dark Vein”