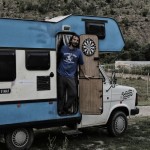 Stratis Vogiatzis was born on 12th of January in 1978 in Chios, Greece. He studied Social Anthropology in Amsterdam dealing with children and Political violence. Among others he worked with children in Palestine,as a teacher and educator at the gypsies communities in Thessaloniki (Drom) and as a researcher for the educational ngo IALE in New Delhi. He has worked for assignments and creative projects in more than twenty countries and his work has been published in seven books. He exhibits regularly in Greece and abroad and his works belong to museums and private collections. He has directed several independent documentary films that distinguished and won awards in international film festivals. www.stratisvogiatzis.com 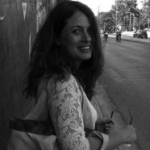 Born in Athens in November of 1982. She studied audiovisual arts and culture at the University of the Aegean and subsequently obtained an MSc. degree in cultural management in the media school of the Panteion University of Athens. Being driven by a deep curiosity about people and their stories and a sincere desire to explore different worlds she started experimenting with documentary film, research and storytelling. Still a student she directed her first documentary themed on the tradition of bull sacrifice in the highland villages of the island of Lesvos. She has held various job posts in production companies, museums and public organisations (Anemon productions, Positive Ltd, Benakis museum, Greek Film Centre, Magicon, University of the Aegean) and has worked as a screenwriter, researcher and producer for documentary projects (‘Positive Action’ educational documentary, ‘Green Conversations’– documentary tv series). She started directing once more in 2010 (‘Opus 2’ – documentary short, ‘Sunday Lunch / Pranzo Della Domenica’, co-director with Paola Crescenzo, ‘Social conservatory / Notes’ co-director with Thekla Malamou, ‘Dinos’) and has dedicated her time to the ‘Caravan’ project since 2011. 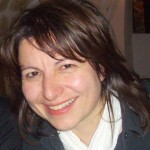 Maria Daskalaki is an Assistant Professor in the Department of Management, Kingston University, London, UK. She is sociologist of work specializing in Organization Theory. After she completed her PhD at the University of London, she has successfully published in academic journals, edited volumes and conference proceedings. Her work has been published in peer-reviewed journals (including ABS 4 *) such as Organization Studies, Journal of Applied and Behavioral Science, International Journal of HRM, International Journal of Urban and Regional Research, Journal of Management Inquiry and Culture and Organisation. She has also participated in organizing conferences, attracting submissions from the international academic and art communities. She is currently involved in interdisciplinary research on a wide range of themes and subject areas including urban social formations and embodied creativity, solidarity economy, alternative forms of organizing as well as autobiographical narratives, mobilities and identity. Besides the Caravan Project, her current research projects include: Storying our World and Stories on the Move 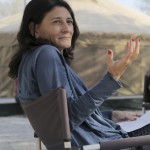 Nancy Selenti studied History and Archaeology at the National and Kapodistrian University of Athens and holds an MA in Gallery Studies, with specialization in Museum Education, at the University of Essex, UK. She worked for a decade in the Hellenic Ministry of Culture in the design and implementation of educational activities in archaeological museums and sites, as well as in the coordination of projects aiming at raising public awareness of heritage protection. Since 2002 she has been appointed as a language and history teacher at the secondary education. She has been trained in cross – cultural education and teaches in the Intercultural School of Athens. Moreover, she cooperates with the Piraeus Bank Group Cultural Foundation in the design of educational museum programs and teachers’ packs. Her scientific interests focus on history teaching and drama education as a means of achieving integration, cooperation and confidence in multicultural classes. She has contributed to conference proceedings, teachers’ museum packs and textbooks on Byzantine civilization. 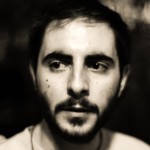 Konstantinos Koukoulis usually makes films or shoots pictures. Otherwise, he is strolling around. Sometimes he combines them all.
He is a big fan of the “slow movement” philosophy. He drove all the way to the Balkans, Middle East, north Africa, Central and Eastern Europe including Transdnistria. One of his dreams came true, when he completed a lap at Nürburgring Nordschleife with a caravan. He studied Cultural Technology and Communication at the Aegean University in Greece and interned at the School of Fine Arts in Granada, Spain. Some of his films have been awarded and some of his pictures published. 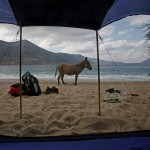 John Kostaris born in Chios in 1970. He photographs and writes stories about places and people.His photos and stories are published on fotamag.blogspot.com. He coordinates the world wide web magazine misafir.gr. He has published the book “short homeland tales”. Recently he has moved to his hometown Chios. 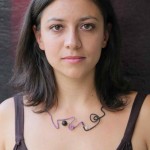 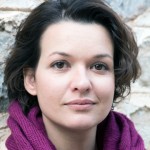 Veroniki Krikoni was born on 30th June of 1983 in Athens where she currently lives.

Her studies in International and European Studies (Panteion University) and European Cultural Studies (Erasmus mundus Euroculture Programme, Joint Master of Arts) offered her a cosmopolitan mindset and way of living. She has lived in Italy, Poland and the Netherlands, while she is familiar with the countries of the Balkan Peninsula. Cinema, theatre and contemporary dance is her artistic passion. The cinema has been the vehicle of her inspiration and the main tool of her research on the construction of cultural identities and their visual representation. She co-founded the NGO Balkans Beyond Borders (BBB) and her strong involvement in it has been the reason of her growing interest in the production of short films by young film-makers from the region of the Balkans. She has organized BBB’s Short Film Festivals in Tirana, Athens, Bucharest, Sarajevo and Thessaloniki. She has been responsible for the project design and management of several intercultural activities through non-typical ways of learning in the field of arts and education both in Greece and abroad. While from 2012 she is actively involved in the field of composing, editing and submitting calls for proposals for EU Funded Programmes (Youth in Action Programmes, Creative Europe, Europe for Citizens, European Cultural Foundation, European Fund for the Balkans). She feels passionate in meeting diverse cultures and empowering creative and innovative opportunities for young people. 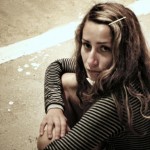 Thekla Malamou was born on 2th of January in 1978 in Thessaloniki, Greece. She graduated from the Department of Photography and Audiovisual Arts in the Faculty of Fine Arts and Design of the Technological Educational Institute, of Athens. She has attended the following seminars: “Stigma” masterclass with Antoine D’Agata, (Re)Visions Masterclass with Vincent Dieutre and David Jimenez, “Looking from the apple tree down into the garden” masterclass with Anders Petersen, Portfolio Reviews 2010 (PhotoBiennale 2010/Greece), “On the Road” workshop with Nikos Economopoulos (Magnum), “Elements of History and Aesthetics” by P. Rivelis, “Artistic Photography” with K. Antoniadis and S. Paschou at the Photographic Centre, Skopelos.
She worked as a teacher and trainer in many photo centers and foundations. She has been working also as a freelance photographer in several assignments in countries such Israel, Turkey, Morroco, Cape Verde, Thailand and Sicily. She has taken part in in many exhibitions in Greece and abroad and she has directed several independent documentary films that distinguished and won awards in international film festivals. In 2011 she initiated with a team of artists and researchers the Caravan Project, a travelogue with a caravan around Greece with the intention to document and reveal inspiring personal stories. 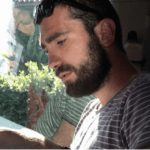 Antonis Theodoridis (born 1984, Drama) is a photographer. He studied Digital Media and Photography in Thessaloniki and New York. He working in the field of documentary photography and visual storytelling. He likes making large prints and flipping photo-books. In 2013 he was awarded as Young Photographer of the year by Athens Photo Festival and in 2014 he received a Fulbright Foundation Artist scholarship to study Photography in the School of Visual Arts. Occasionally he participates in group shows in Greece and abroad. 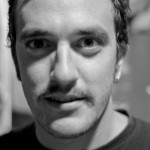 John Adrimis born in Athens on 4 October of 1984. He graduated from the Drama School “New Hellenic Theatre” of Yiorgos Armenis in Athens, has worked as an actor in various theatrical, film and television productions and in 2010-11 he studied in the Academy of film and television “Act Multimedia” in Rome. He has directed short films and documentaries. In 2012-13 he lived in Istanbul and he worked at the Italian school «Marco Polo», he coordinated one artistic and creative workshop for children of kindergarten and primary school. 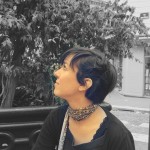 Katerina Apostolopoulou was born on 12th of August in 1982, in Athens. She graduated from the department “Marketing & Communication”, in the Athens University of Economics and completed her master on “Cultural Management”, in the Panteion University. She has worked at the Communication Department of the Athens & Epidaurus Festival (2011-2012), member of the artistic company Ohi Pezoume (UrbanDig Project 2010-2013) and she has co-operated with several groups and organizations (Hellenic Childrens’ Museum, Oper(O), Future Library, Microscopico Teatro, Matriarchy etc). She was a communication and PR manager at Opus Integrated Communication (2012-2014), providing strategic communication for cultural projects and advertising promotions for trade brands (Perrier, Contrec, Holmes Place, Kayak Icecream etc). She participated in the “A” film project, the 1st movie funded by the crowd in Greece. She is a member of the “Domna Samiou Greek Folk Music Association”. 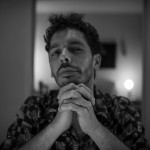 Born in downtown Athens in 1981, he studied Sociology and acquired an MA in “Virtual communities: Socio-psychological perspectives & Technical applications”. Foreseeing the radical ramifications that the popularization of web publishing tools (web 2.0) & unmediated communication would bring to nearly every level of life’s organization, he is publishing his Thesis (2008), the first extended & in-depth academic research about Greek-speaking blogosphere entitled “Blogging in Greece: profile, motivations & practices of greek-speaking bloggers” while he is actively participating in the emerging Greek-speaking blogging community by founding a well-known teamblog that has been running since 2005.
He worked with both business and non-profit organizations in a number of new-media projects (political communication, entertainment industry, , public relations, academic research, activism and journalism related) as well as in developing, designing and editing websites & social networks and in integrated online-presence strategy planning. His research focuses on collaborative methods in managing information. www.sharingiscaring.gr 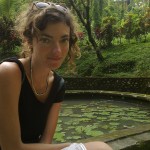 Elsa Kundig was born in Athens. Her father is Swiss and her mother Greek. She graduated from the Model Musical School of Pallini. She studied Psychology in Panteion University (Athens) and Ethnomusicology in SOAS (London). In England she discovered Emerson College, where she had a profound meeting with story and the magic powers of storytelling.

Ioli Andreadi is a theatre director who specialises in devising, adaptations of ancient drama and new writing. She trained at the Greek Art Theatre Drama School, studied Theatre Studies (University of Athens), Cultural Management (MA, Panteion University) and directing
(MA, RADA and King’s College London). She has received the 3rd Greek State Award for New Playwright 2005 and a Fulbright grant for Artists 2010/11 (New York Musical Theatre Festival). She has contributed to the leading Greek actress’s Katia Gerou’s book on acting “When the heartbeats change; Discussions on theatre with Ioli Andreadi” (2010). She is a founding member of the World Wide Lab, member of the Lincoln Center Theater Director’s Lab and holds a doctorate from King’s College as an Alexander S. Onassis Foundation grantee. She is currently a lecturer at the Visitors Center of the Stavros Niarchos Foundation Cultural Center and a play she has written is about to open in Athens and Thessaloniki in the end of January 2015. 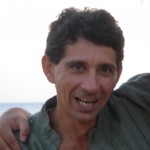