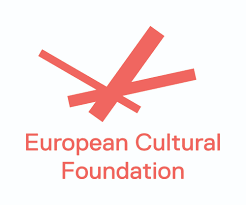 Our idea to empower marginalized people by producing a series of short documentary films, upon the work of selected activist groups in various social, environmental and cultural fields in four Mediterranean areas/regions (located in two European and in two North African countries) and then return to this countries and launch a series of cultural and educational activities related with these films.

We can do that by partnering the Caravan project and the Sabyr Maydan network.

The focus of each documentary would be around some of the following themes, which are addressed by Sabir Maydan.

-The right to democracy and self-determination

-Common identity and a trans-Mediterranean vision of citizenship

The project would be realized in 3 phases:

1. Research and Development stage (described in the methodology)

a. Travel to the 4 regions/areas, exchange with these activist groups and produce documentaries based on their work as changemakers and the challenges identified by the SabirMaydan manifesto, (http://www.sabirfest.it/sabirfest/il-progetto/sabirmaydan-ita.html)

Train marginalized groups or the community involved in documentary filmmaking and storytelling workshops, and through a participatory and collaborative process, give them the tools to produce their own films, articulate their own voice. A series of documentaries would be the product of this first phase of the project.

b. At the second phase of the project our goal is to use the yurts of Caravan project (or other alternative space) as an incubator space where various cultural activities and public dialogues related with the topics of the films and the Sabir Maydan manifesto will take place. Those activities will be:

– workshops, lectures, capacity building on activism practices. Educational programs for children, screenings with the intention to raise cultural and political awareness and generate transforming knowledge regarding the related themes;

– screenings of the films and discussions in all the 4 countries involved. It will help spark ideas for alternative and diverse stories.

Our goal is to break the boundaries and the borders, connect various civil society groups, and build a human and virtual community (web platform) that can map and connect different expertise in active citizenship, contribute to dialogue for addressing challenges and crises beyond cultural and political prejudices, and stimulate citizens’ participation, social inclusion and the imagination for change.

Those transforming potential will be enhanced through the project tools (documentary films, debates, capacity building, etc.).

The all process should be carried out in the form of a caravan movement moving from one country to the other of the euro-med space to advocate for a common destiny between the two shores.