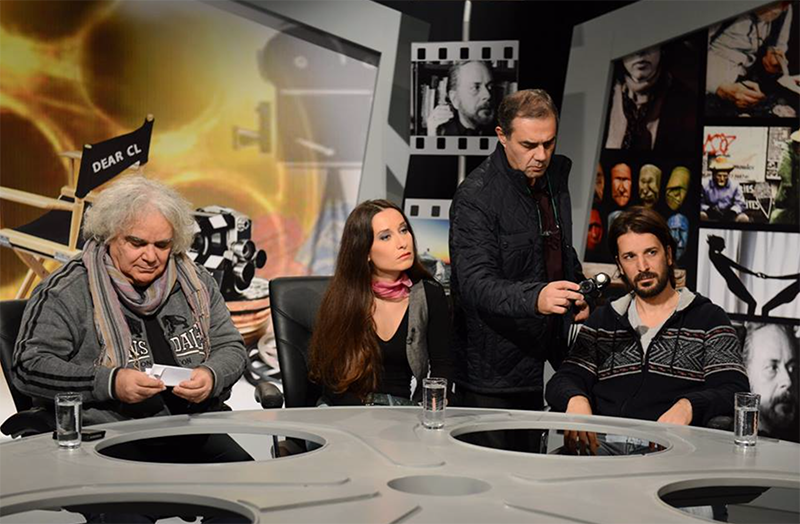 The team of caravan project was invited by Maria Koufoupoulou to the tv show “ People and Stories” to present their awarded films and to talk about their unique travelogue around Greece for six years producing more than 50 films.  In 2011, caravan project team started a journey through the country, aiming to bring to the foreground human stories that have the power to inspire, to move and to create spaces of self-reflection and metapraxis. With documentary, photography and narrative as a vehicle, we traveled from Pomakochoria to Crete, from Kastellorizo to Grammos mountain range, from Mani to Mount Athos, creating a small ark of human stories, through which we give prominence to diversity and to pluralism. We presented screenings in squares and villages, universities and schools, penitentiary institutions and vulnerable social groups, inaugurating a creative dialogue on the meaning and the dynamics released from each story.

For the following two years we continue our journey, bringing untold stories to light, giving the floor to people who hadn’t been given voice to express their own experience. Equipped with two circular Mongolian tents (yurts) and a motor vehicle, we stay in seven Greek towns, inviting people from each local society to actively participate in a series of cultural and educational actions.

Inside the large yurt, we host a multimedia exhibition open to the public and guided by these stories and by our journey, within the frame of which we effectuate educational programs for pupils. Inside the small yurt, through the “Story Workshop”, we forward an educational action for adults and we invite local residents to collect stories that affect them, contributing to an active Story Bank (caravanproject.org) created for the first time in Greece. Individual happenings, such as documentary screenings, artistic workshops and community actions will be framing our action.

Our aim is to create a meeting place, addressing an open call to the local societies to explore passages together in places where memory, imagination and experience reside, thus eliminating isolation and highlighting the fruits of gatherings, through which human expression is enriched and diversity of creative forms of action is encouraged. In such turbulent times, documenting and diffusing human stories is a revolutionary practice which strengthens our resistance, reinforcing the bonds between us and whirling our thirst for life again.