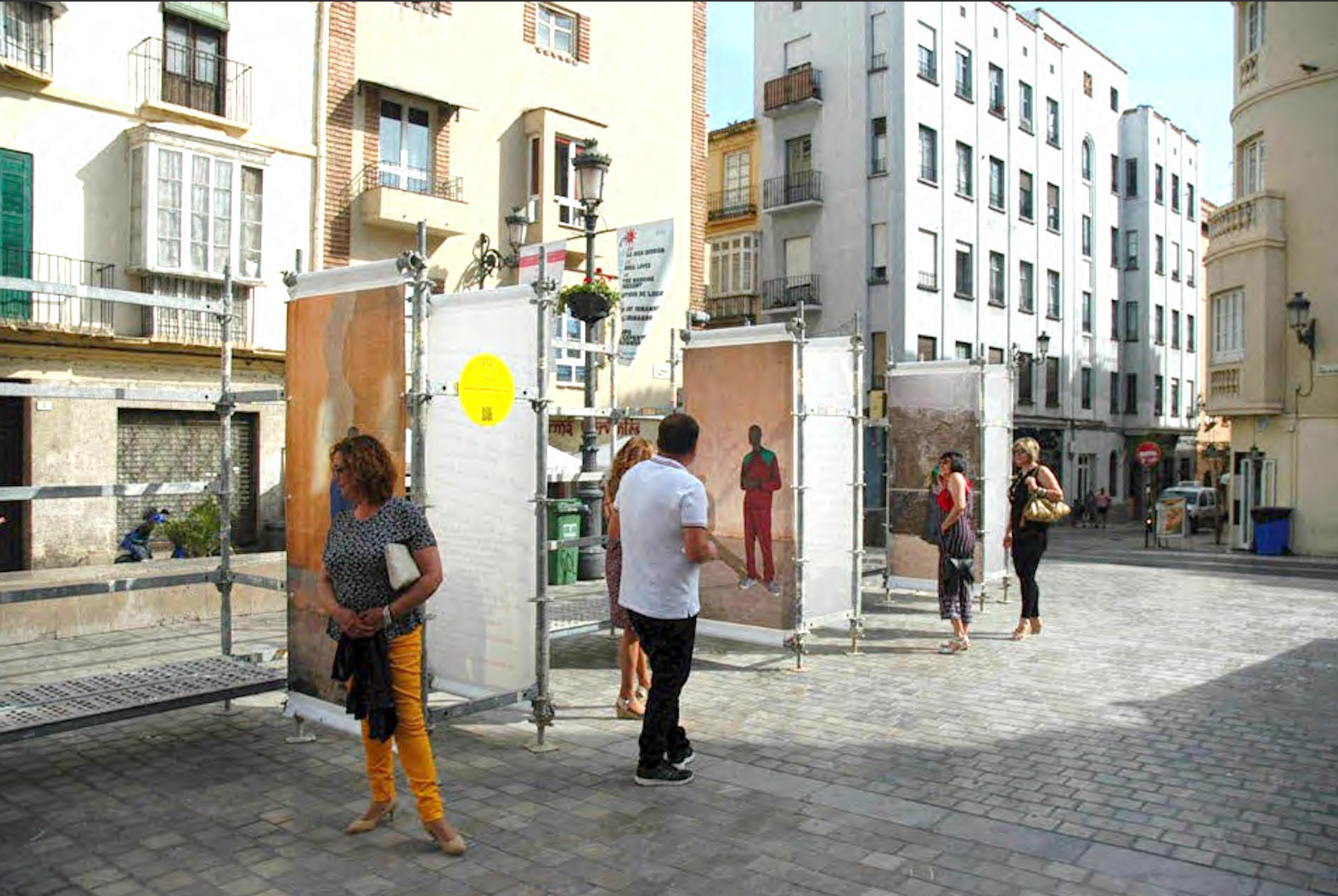 Identity is never a fixed condition: rather, it is a flow constantly crossing the pathways of everyday life, an unstable state of the subject, a product of interactions and relations. Through the work of young artists and photographers – their images installed in the public space in three cities laying on the European southern border – Urban Layers has tried to rediscover identity’s potential as an essential bridge between other regions and different cultures in the Mediterranean region, one of the key-areas of a Europe that has never been so much a work in progress.

The entire journey of Urban Layers, without any pretence of arriving at univocal and final answers, provides interesting insights and testifies especially to the willingness to interact with a radically changing society, maintaining artistic research at the heart of the community as an essential manifestation of individual and collective growth.

This July, the Thessaloniki Museum of Photography is involved in a photographic crossroad of cultures at a crucial moment in the European Union’s course, which approaches the historical interactions between the people of the Mediterranean and raises the question of the concept of identity. The project Urban Layers – New Paths in Photograhy is held due to the cooperation of six Mediterranean partners: the Department of History, Society & Human Studies of the University of Salento (Lecce, IΤ) as Lead Partner, the Institute of High Culture Orestiadi Foundation (Gibellina – Trapani, IΤ), the Museum of Contemporary Photography (Cinisello Balsamo – Milan, IΤ), GACMA Arte Contemporanea (Málaga, ΕS), the Thessaloniki Museum of Photography (Thessaloniki, GR) and the Institute of Mediterranean Cultures of the Province of Lecce with the collaboration of Association Positivo Diretto (Lecce, IΤ), under the Creative Europe Programme (Sub Culture, smaller cooperation projects co-financed by the European Union).

The result of the collaboration of Italian, Spanish and Greek institutions reflected in the Urban Layers project’s activities, approaching the meeting of different cultures and languages using as a vehicle three different dimensions: Urban Layers / Residency Program, Urban Layers / Open Call Exhibition and video installation of Adrian Paci. The theme running through all artistic activities of Urban Layers is the concept of Identity Flows, in the double sense of “flows of identity” and “the identity flows”. The task of the artists who participated in the Urban Layers project was to explore variously the dynamic nature of the aforesaid identity and to represent it back to the general public through the urban festivals in the cities of Malaga, Lecce and Thessaloniki.

The project started its journey with an artistic residence (residency) implemented in Gibellina, Sicily, an island which lies on the southern border of Europe and has become a symbol of mass migration flows affecting the whole of the Mediterranean. The result was Residency, an exhibition that includes works of seven artists, among which the Greek photographer Stratis Vogiatzis. Federica Bardelli & Alex Piacentini (IT), Claudio Beorchia (IT), Angélica Dass (BR / ES), Simone Sapienza (IT), Zamir Suleymanov (AZ) and Stratis Vogiatzis (GR) were selected by a scientific committee in which all institutions engaged in the program were participating, following an international call, which received 118 proposals from 31 countries. Once the production completed, in collaboration with the Fondazione Orestiadi, the exhibition was presented in Malaga, Spain. In Thessaloniki, Residency Exhibition takes place in the space of Pier A of the Thessaloniki Port Authority, between June 30 and July 17, 2016.